Learn a thing or two about our Maddison Brown in her latest interview with i-D Australia Online.. 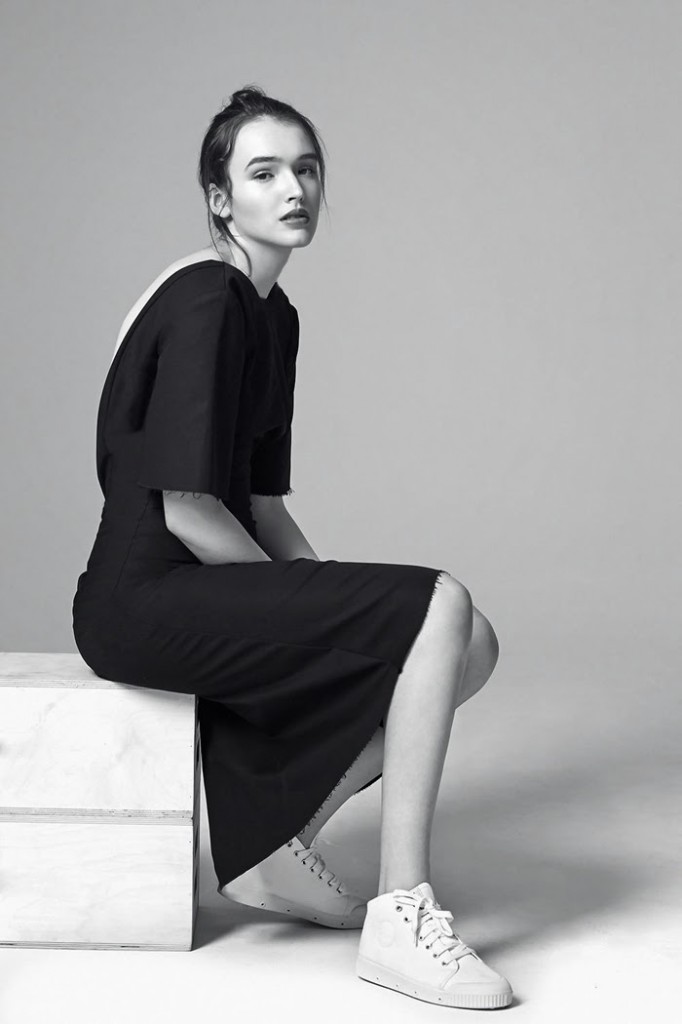 I often wonder with busy teenagers, do you feel 17?
Sometimes
I do. Sometimes I get in really stupid moods and I can’t be serious and
I just make a joke about everything. I think that probably annoys some
people because lots of the people I’m around are older and I’m just this
young kid who sometimes doesn’t take much seriously.
Othertimes I feel like compared with other 17-year-olds I feel a lot more weathered from travelling and doing all that.
That’s such a sad way to put it!
It’s a very eye opening experience.
So being a teenager is obviously pretty
—It’s awkward.
Do you feel awkward?
Sometimes,
I feel like I have trouble connecting with people my own age because
I’ve been working for so long. But then I have trouble connecting to
people in their late 20s and 30s because I feel like there is such a big
age gap. I don’t know. It’s about finding the right people I guess.
Do you think you’d feel more or less awkward if you weren’t in the middle of all this?
I
don’t think I’d really care if I wasn’t doing what I’m doing. I’d just
be like, oh I’m 17 and I’m going to schoolies! It’s the formal! I
wouldn’t be like, oh that was awful when I couldn’t emotionally connect
with that 30-year-old.
How do you feel about not going to schoolies?
It’s a…I’m not really interested in a week of being extremely drunk. It’s probably not what I want to do right now.
Trust me it’s gross.
(Laughs) I’m not surprised. My sister did it and it’s not something I want to put myself through, until I’m 18 at least.
Did you do that formal?
No
I didn’t. I was going to go to pre drinks but I was just really, really
exhausted. It was literally yesterday, but just after being sick and
everything I had to say to my friends, I’m sorry but I can’t come.
I
was meant to go to New York as well but has to reshuffle that trip too.
I wasn’t even meant to be here for formal so that’s why I wasn’t really
a part of it.
Do classic teenage rites of passage, like house parties when people’s parents go away, still hold the same appeal to you?
No
because I’ve lived overseas on my own so I haven’t had the bond of the
parents going away meaning a party. I remember the first time I went
overseas on my own my agent said, now don’t get into the partying. And I
was just like, trust me it’s not going to happen.
Was living alone weird?
Yeah
it feels very, I don’t know, very odd. When I get back my friends all
talk about how crazy it was that I was living overseas by myself, but
it’s not as fun as it sounds. I had to do my own washing and grocery
shopping and it was just a lot of responsibility. It wasn’t just fun.
Do you feel more of an affinity towards modelling or acting?
I see myself as an actor, I did it before I did modelling. I felt like it was always something I wanted to do.
Which one are you better at?
They’re
different, I think it depends. Acting is more challenging, it’s easier
to say I’m better at modelling but the process is different. The
preparation for acting is insane. With modelling you just do castings
and stand there and leave. Acting is such an emotional investment. I
hope I’m good at both. Modelling is less emotional effort.
You’re 17 so I have to ask, do you have a crush on anyone?
I do but I don’t want to say in case they read this!
Text Wendy Syfret
Photography Daniel Gurton
Stylist Ricky James Flynn
Make up Filomena
Hair Anthony Nadir