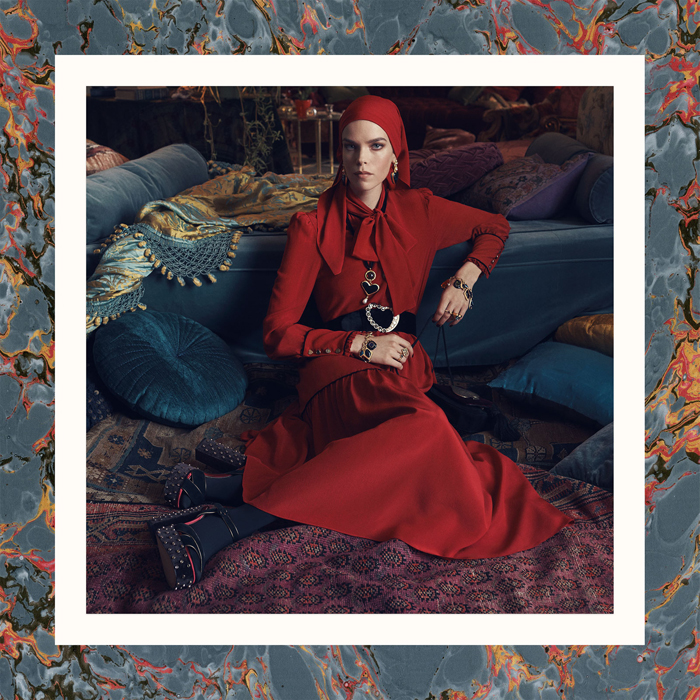 Our rising star Maddison Brown is a force to be reckoned with. Featured in the latest Miu Miu Campaign & a comfortable co-star to Nicole Kidman, Maddison is making a mark on the fashion & film industry like none other. We’re so proud of what you’ve already achieved Maddison, we cannot wait to see what’s next!
Recently WWD caught up with Maddison to talk about her first film role in ‘Strangerland‘…
Watch the official trailer here! 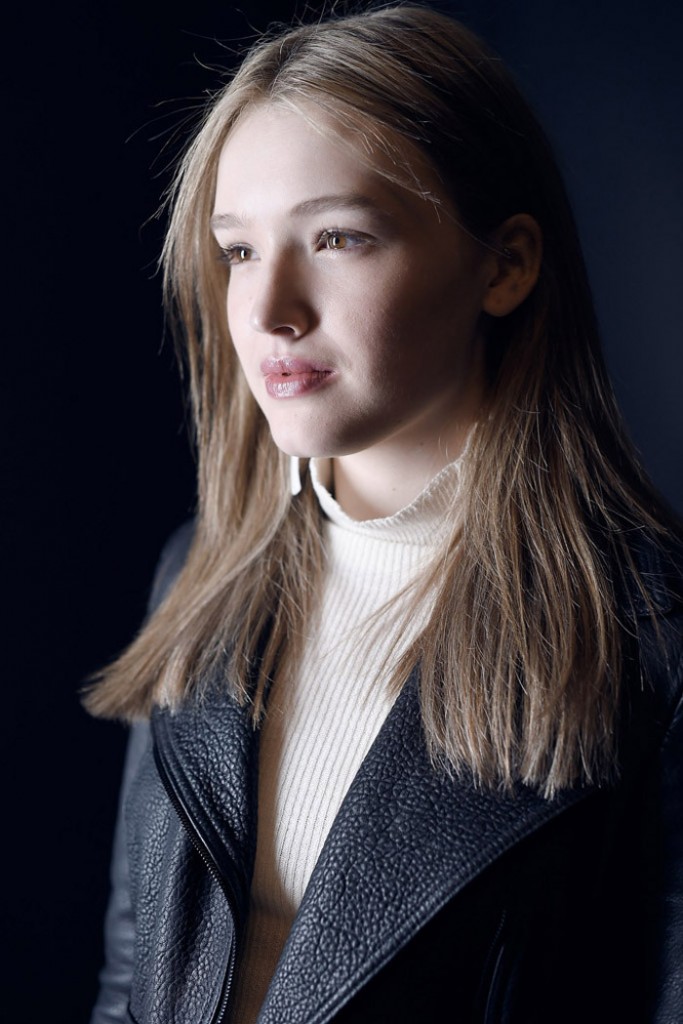 WWD: How did this part come along?
M.B.: One of my agents had read an earlier draft of the screenplay
and immediately thought of me for the role of Lily. When casting began I
was called in to audition.
WWD: What was the audition process like?
M.B.: Long, arduous, draining, rewarding and absolutely 100 percent
worth it. The process made me learn a lot. I went in for my first
audition in October 2013 and got the part in March of the next year, so
yeah, it was a long, tough process. I auditioned several times, almost
seven. But like I said, it was worth it, a total labor of love.
WWD: Tell me about Lily.
M.B.: Lily is very much a teenager starting to discover herself. But
in other ways, she is lost. She lives in a dysfunctional family. Her
relationship with her father is a very thankless and loveless one. He
loves her based on principle, but he resents her and her burgeoning
sexuality. Basically, Lily has daddy issues, and it’s because of these
issues that she craves the attention of other males. She craves the male
connection she is lacking from her father, and the only way she knows
how to connect with men outside her family is through sex.
WWD: What was it like the first time you met Nicole Kidman?
M.B.: I was nervous but she was so warm and lovely. Nicole is someone
who wants to nurture and support young actors and it was such a relief
to be able to connect with her in a real way. I’ve heard stories about
more established actors not taking too kindly to young talent, but with
Nicole, it was nothing like that.
WWD: Did she give you any acting advice?
M.B.: She didn’t give me tips as far as techniques, but one day we
were chatting and I was telling her about all of my modeling
experiences. I was sort of at a crossroads: I wanted to pursue acting
100 percent but still felt ties to the modeling industry. I still do. So
she said to me, “You should keep doing this. You’re good at it.” Which
was, obviously, really encouraging. One day she said to me, “You never
complain! That’s good.” And I was like, “Nicole, I’ve been a model for
four years — I have nothing to complain about.” Treatment on-set as an
actor versus treatment as a model is very, very different.
WWD: I quickly just wanted to ask you about the Miu Miu campaign. How did you find out you had been cast in that?
M.B.: Ha! Oh dear. I was in bed, I had slept in and woke up to like,
10 missed calls from my managers in L.A. I kept trying to call them
back, and we kept missing each other. The suspense was killing me, I
knew something was up and I wanted to know!
WWD: What was it like shooting with the other actresses [Stacy Martin, Mia Goth and Hailey Gates]?
M.B.: It was pretty cool; as a model, shooting with Steven Meisel was
one of my ultimate career goals. It was one of those pinch-yourself
moments. They were all supernice and insightful. I was the youngest by a
long shot and I enjoy hanging out with older people who are more
experienced in the industry than I am. I am a sponge, soaking up
information.
WWD: Did you give them modeling tips?
M.B.: No way. I left the modeling tips to Meisel. 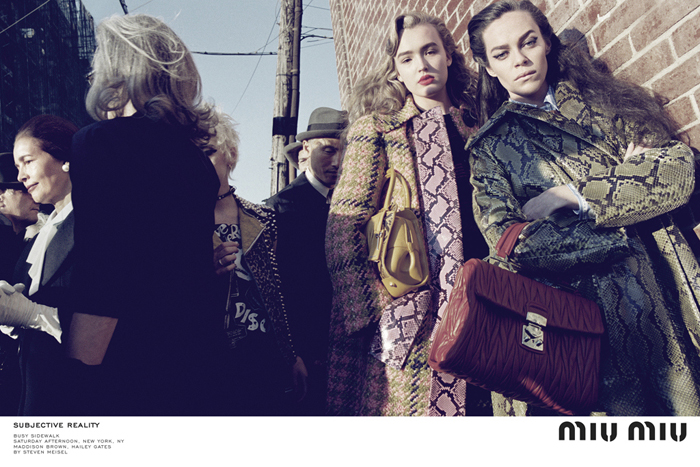 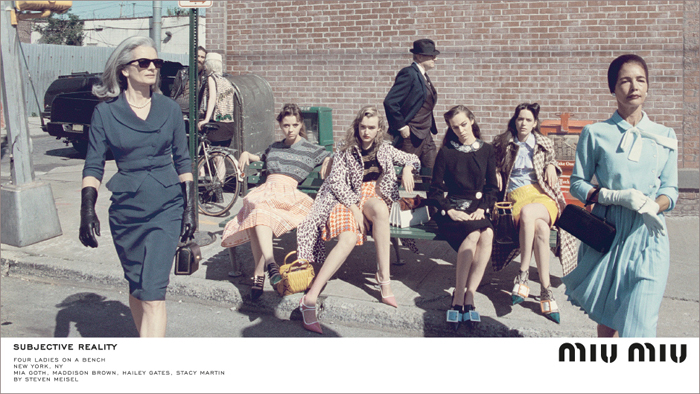 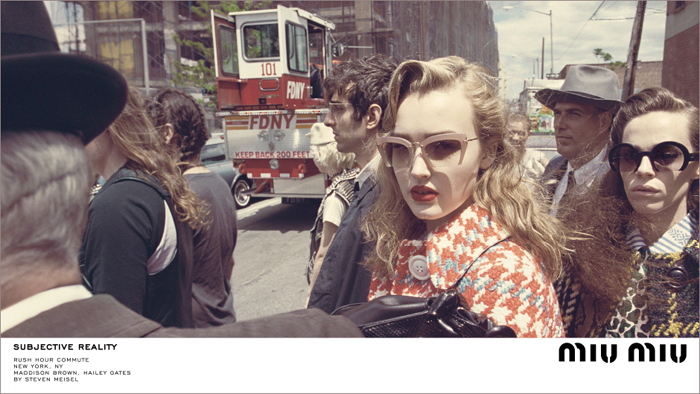 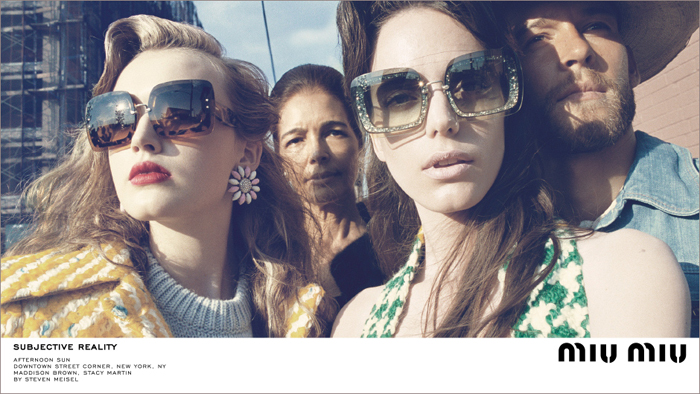 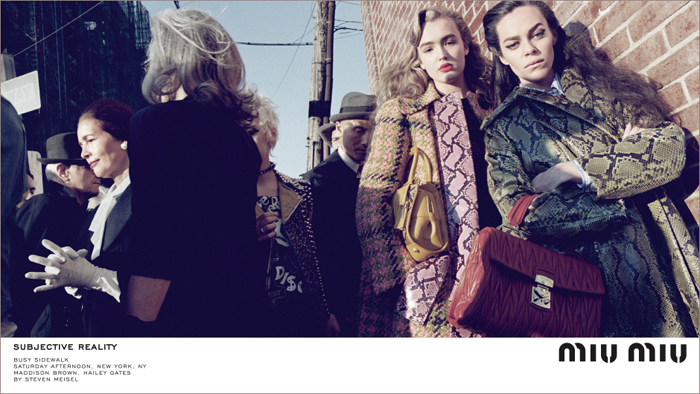 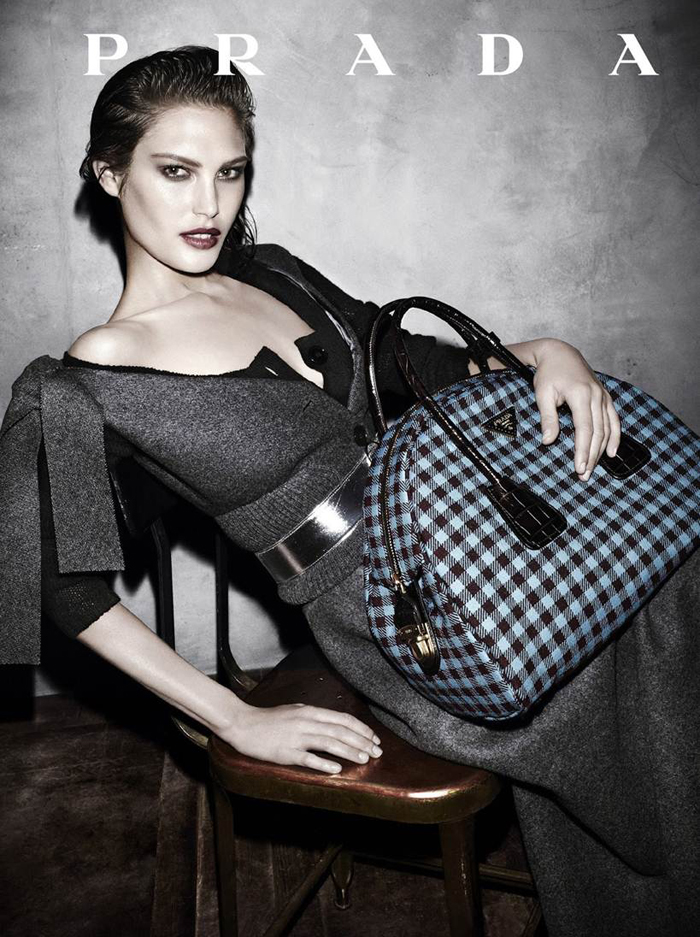 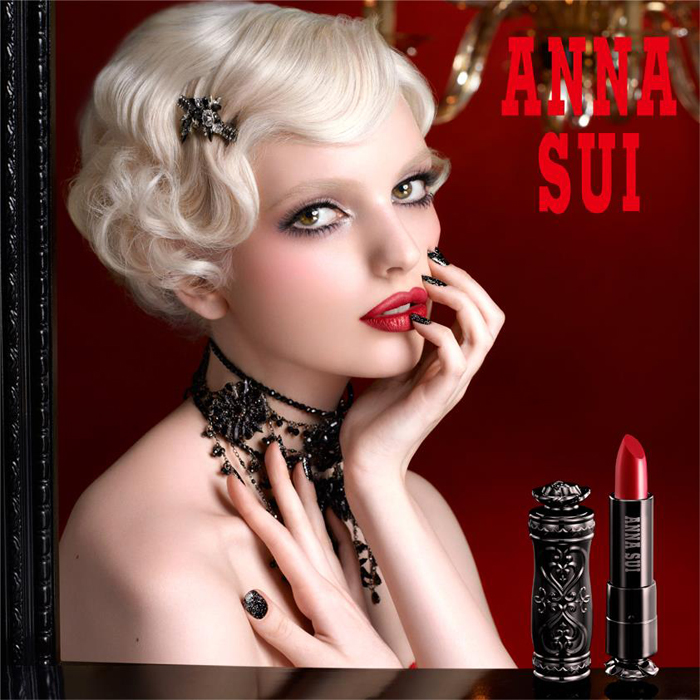 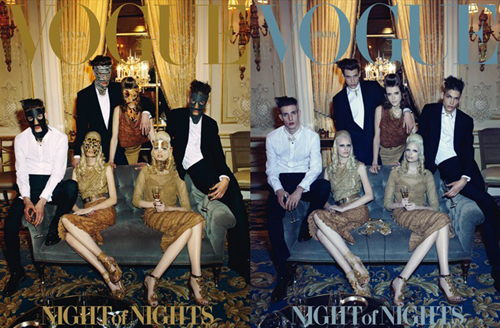 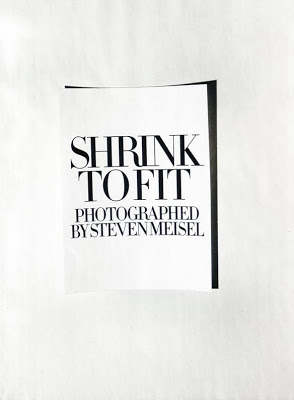 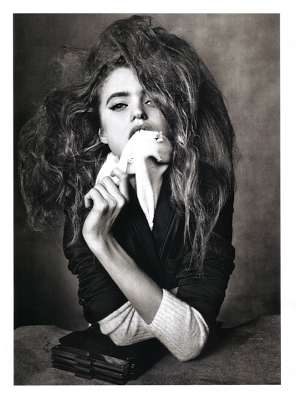 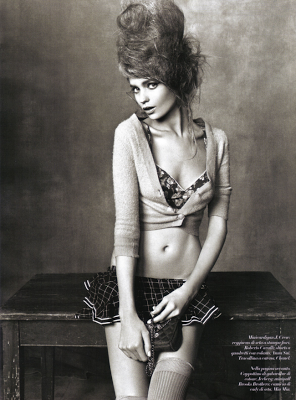 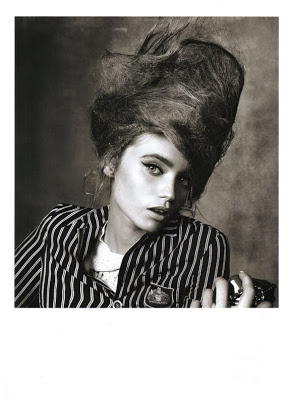 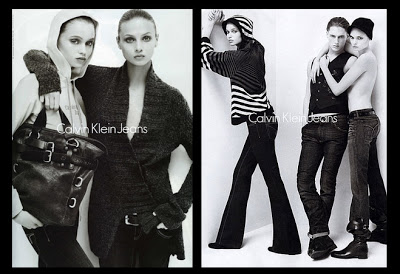