Our Noam Frost features on IMZCR8 this week in a tell all interview… If you thought you knew Noam Frost, think again.

WHO IS NOAM?
From Israel. Born in tel aviv. I am passionate about music. I can spend
hours filing through old records and going to concerts. I love tattoos


DO YOU HAVE ANY?
Not yet. But I will.
WHERE DOES YOUR NAME COME FROM?
(pronounced No – Am)
All the names in Hebrew have a meaning, Noam used to be a boys name
until the 90s, but now it’s unisex. It means gentle, so basically when
someone touches you with that ‘softness’.
Frost – my grandparents are Polish/Hungarian/Russian. It’s such a young
country that there is a really big mix of cultures. French, Spanish,
Moroccan , German…

WHAT’S THE MOST DOMINANT CULTURE?
There are 2 million Russian. I guess Polish, Russian, Moroccan or Spanish are most dominant. It’s so diverse.

HOW DID YOU GET INTO MODELLING?
My mum used to model in the 80s in Paris. She did pageants in Israel.
When I was young I would look through her portfolio. My dad is a reality
TV director for shows such as Israel’s Next Top Model, Survivor,
Amazing Race, Master Chef, Beauty and the Geek – all the Isrealie
versions. He used to tell me I’m not aloud to model until I was 16. Then
he made a film on the fashion industry and worked with my mother agent.
He said if you are going to model this is the woman you should do it
with. So I started doing it a little at high school. Then when I
finished I flew to London and Paris fashion week walking for Mulberry,
Acne, Johnathan Saunders, Christopher Kane. It kind of all took off from
there.

WHAT’S THE BEST PART ABOUT YOUR JOB?
That I can get into character and play around. It’s fun to travel not
just to locations, but within my head and get something new from every
shoot. It’s like acting.

WHAT HAS BEEN YOUR FAVOURITE BITS SO FAR?
Christopher Kane was my favourite show to walk for. His collections are
like art. Such talent and so nice. I recently shot the Dion Lee Resort
16 collection in Sydney. I also walked for him in London. I really liked
that.

WHAT WOULD BE YOUR DREAM JOB?
Celine. It’s so clean and refined. 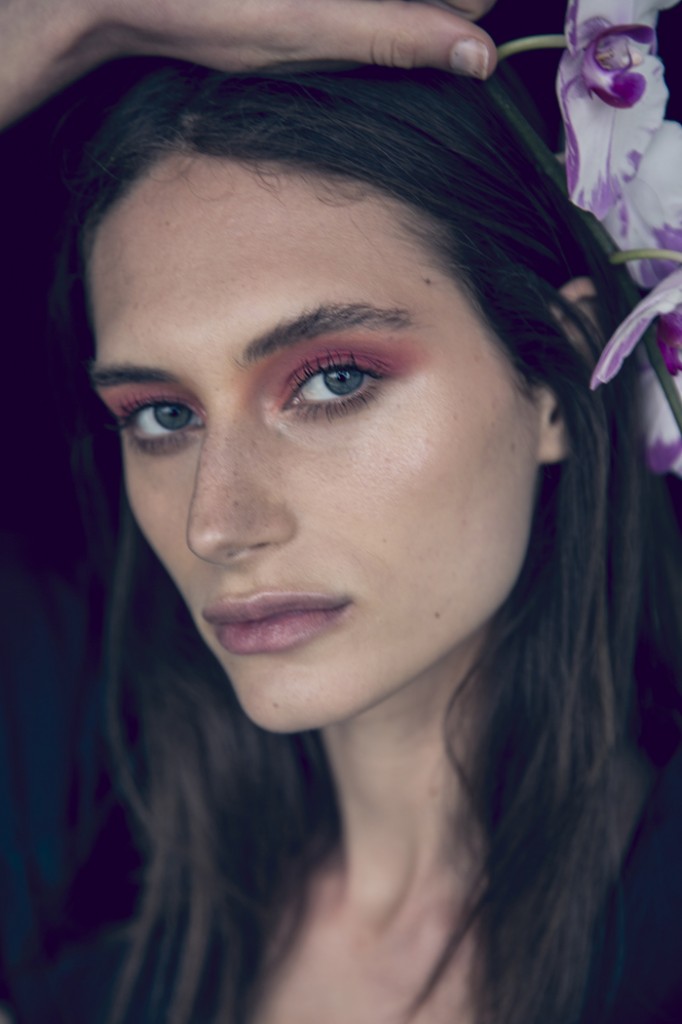 WHAT WAS IT LIKE GROWING UP IN ISRAEL?
I think there is a lot of misconceptions about Israel . A lot of the
time I get asked if we have to walk around covered up. Tel Aviv is a
beach city. It’s a hot country and the night life is amazing. There is
such a big restaurant and food and coffee culture there. I love Tel
Aviv. It’s my favourite city in the world.

YOU MENTIONED YOUR DAD DID NEXT TOP MODEL…WHAT IS THE FASHION INDUSTRY LIKE IN ISRAEL?
It’s quite small. After a few months you will know everyone. It feels
like family. For 20 years there were no runway girls. Just commercial
jobs. When my mother agent, Elinor Shahar, sent me overseas to do the
shows and it went well, it started a wave of Isrealie show girls. Israel
is a small country so when the girls do well we are very proud.
There are a few big designers. One, Alon Livne, he just did the Beyonce
tour, and the designer for Lanvin, Albert Albez is Isrealie. The style
is beach clothes and fine taloiring. Israel is like Australia, we don’t
really have a winter so that restricts the style. There is a massive
vintage scene and ripped jeans and Tshirts. We dress in a in a similar
way to you guys.

WHO WOULD BE YOUR THREE GUEST OF CHOICE AT A DINNER PARTY?
– Kate moss, Kurt Cobain and Andy Warhol.

IF YOU COULD GIVE THE WORLD ONE TIP…
That there is life after high school. For me being so tall and awkward
at school , I felt really insecure. But that doesn’t matter anymore, now
it is a virtue in my career. Things get better with time and you are
accepted for who you are. We develop, and become stronger, and everyone
becomes more considerate and respectful.
PHOTOS AND INTERVIEW BY IVANA MARTYN
MAKEUP BY ANIA MILCZARCZYK @ DLM