“When it comes to standout courses in modeling, Catherine McNeil’s enigmatic visage prevails amongst the fashion crowd. From humble beginnings being discovered at a modeling competition, McNeil worked her way to the top gaining notoriety with her cat-slanted eyes and effortless tomboy demeanor. The iconic model had an outstanding career of luxury campaigns, influential covers, and stellar shows long before she turned 18. Yet, at the height of her career in 2009 she walked away from it all to regain some normalcy from her rigorous schedule.  Exclusively for Models.com, photographer Tim Richardson captures her magical presence like it’s never been shot before – gloriously sexy and completely badass.” – Models.com 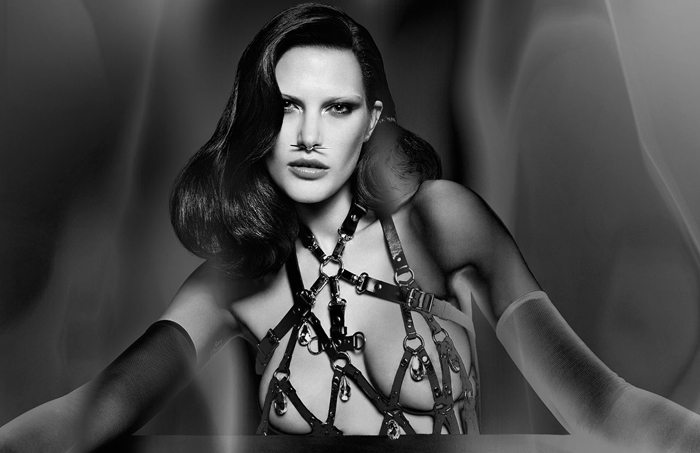 I wanted to start from the beginning of your story and talk about when you first started modeling and what got you interested in the business.
I wanted to be a model when I was about 13. My grandma took me into this agency in Brisbane and I literally tried to blend into the wall. Then they entered me in a Girlfriend Magazine modeling competition and that I ended up winning. It was part of the package to get a cover and a trip to New York so I came with my grandma and I met agencies. They were like, “It’s great! You’ll have to come back, you’ll do really well.” And I had just turned 14. Then I got back to Sydney for a few more years and one day they said, “Okay, come to New York. This photographer wants to see you.” I was like, “Okay whatever…” I had no idea who this was (turns out it was noted photographer, Mario Testino). I did all of the castings for fashion week and then flew to Paris he was like, “Okay, you’re going to stay and do this.” I said, “No you have to ask my agency.” And I just stayed and shot a bunch of jobs. I really had no idea what was going on.

Did you just jump into the industry because of that opportunity? Or did you just go from 0 to 60?
I had packed my bags and it was like, 90 kilos of luggage and I just never went back. 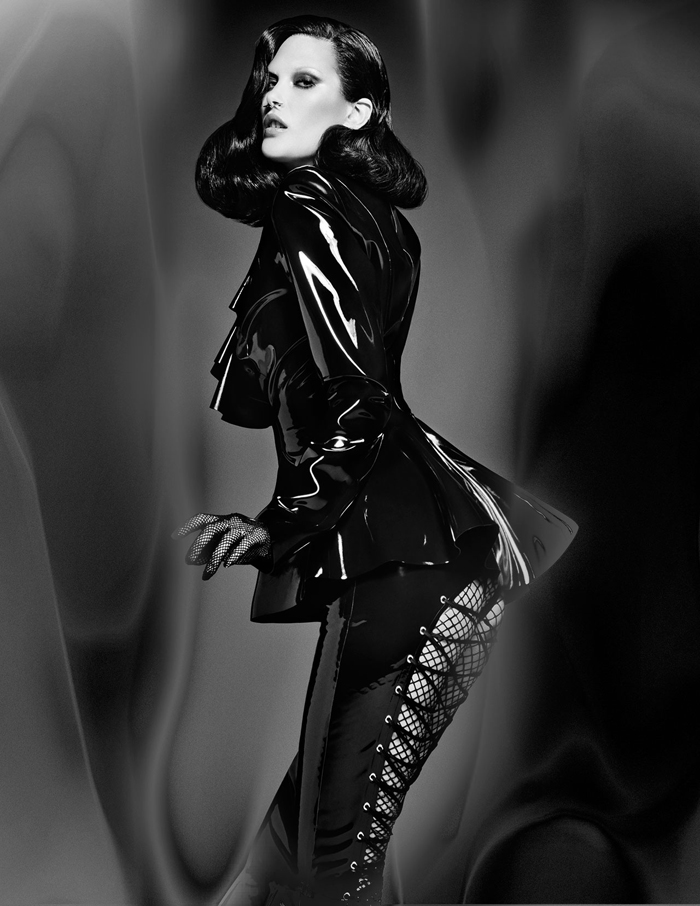 Those are people who are iconic in the industry. Do you find anyone iconic outside of fashion?
For me it’s my grandmother. I look up to her and she’s just incredible. Without her I don’t know what I would do.

You said that she had come with you the first time you were in New York… so now that she’s seen your trajectory and how you’ve grown up has she been super supportive?
I mean, we lived in a models’ apartment together for 3 weeks. She’s come on so many of my shoots. I include her a lot and she’s very interested and proud.

You travel a lot obviously because it’s the name of the game/job–What have been some of your favorite places to travel to?
I’ve been to India a couple of times and I love it there. It was kind of a little life changing experience watching the people interact and everything there is just beautiful. And Japan, I had the best time ever. I like Europe and I’ve been to a few places in Italy. But as a culture and country, I think those two places inspired me the most.

Because you’ve traveled you’ve also worked with so many amazing talents. Is there anyone that you haven’t worked with that you’d like to still work with?
I really want to work with Bruce Weber and Glen Luchford. For me, I love all of their pictures and I said to my agent, can you tell Glen I really want to shoot with him? [laughs] 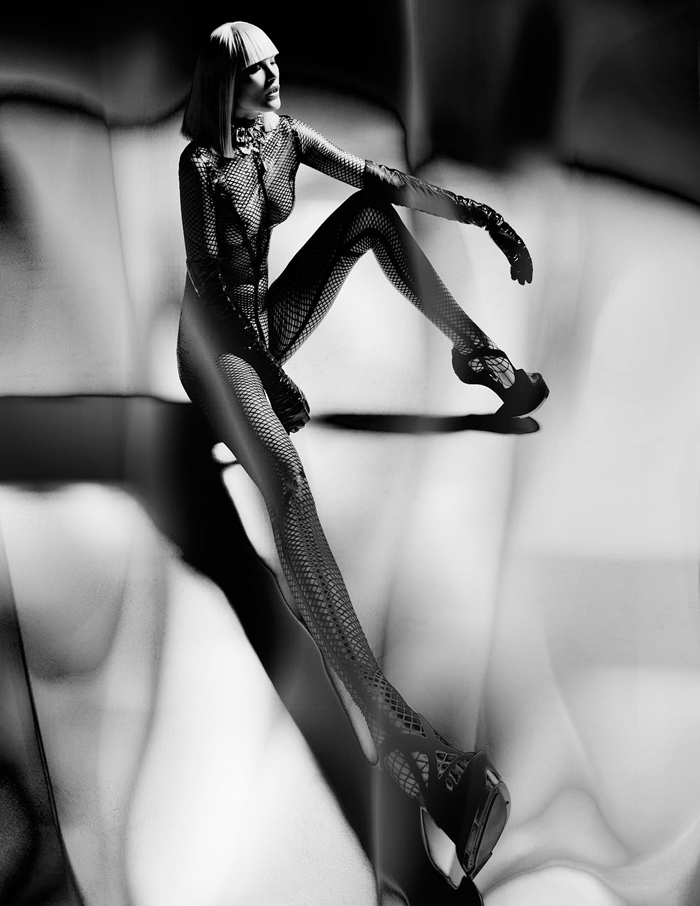 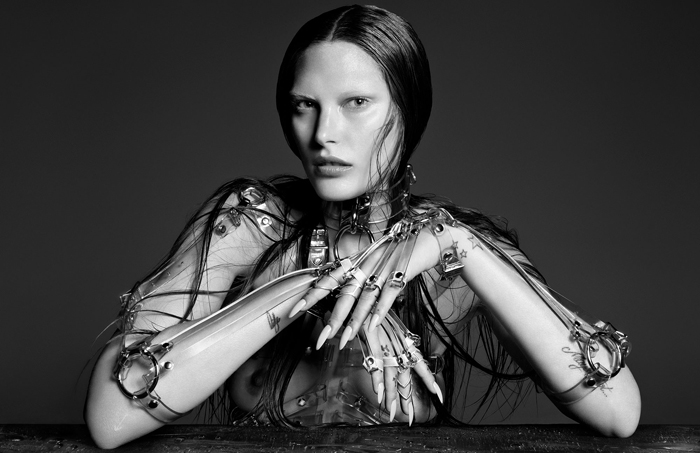 What are your interests outside of the fashion industry and working? I find that we like to think of models as just as mannequins, but you of course are not and like to do other things.
I do a lot of stuff for the Beagle Freedom Project. Help them with promotion about animal cruelty and how a majority of animal testing is done using beagles. Everyone is always asking, what are you going to do next? I say hopefully still this! 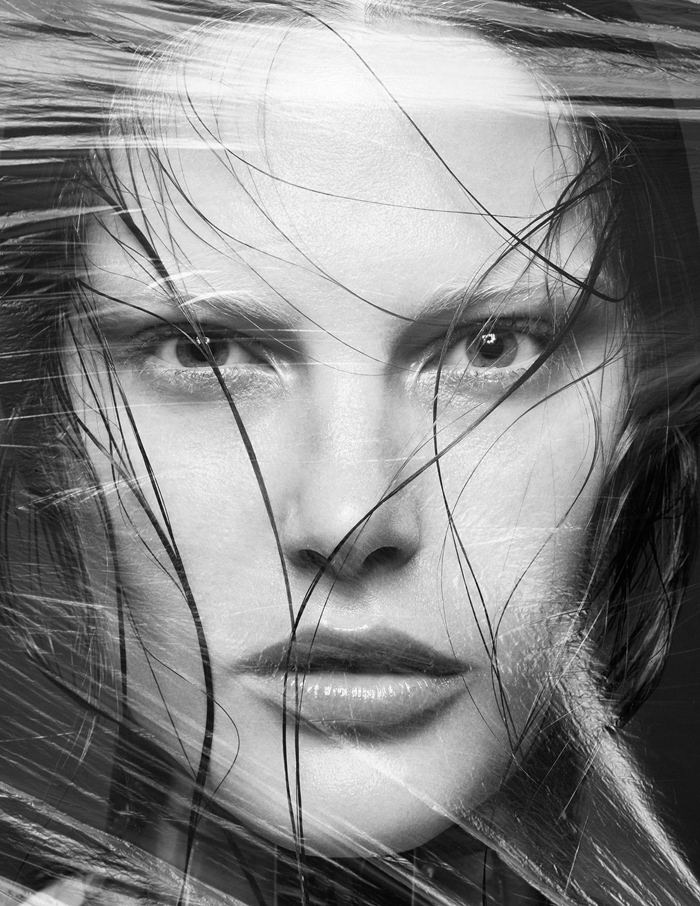