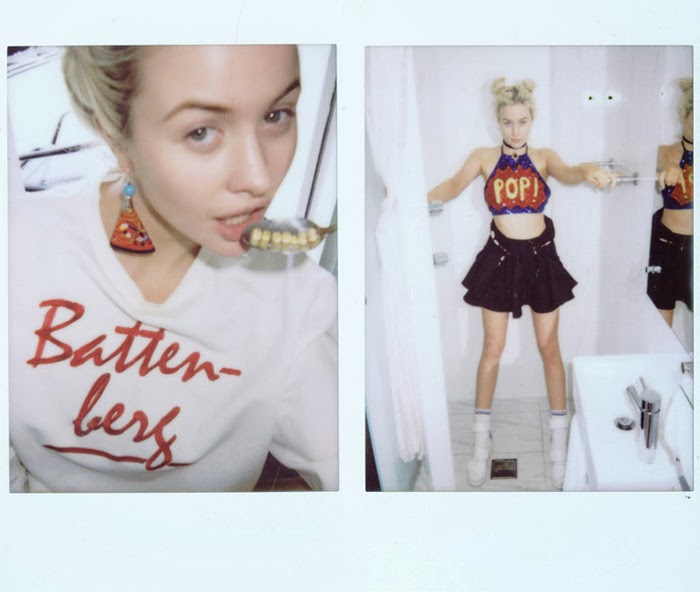 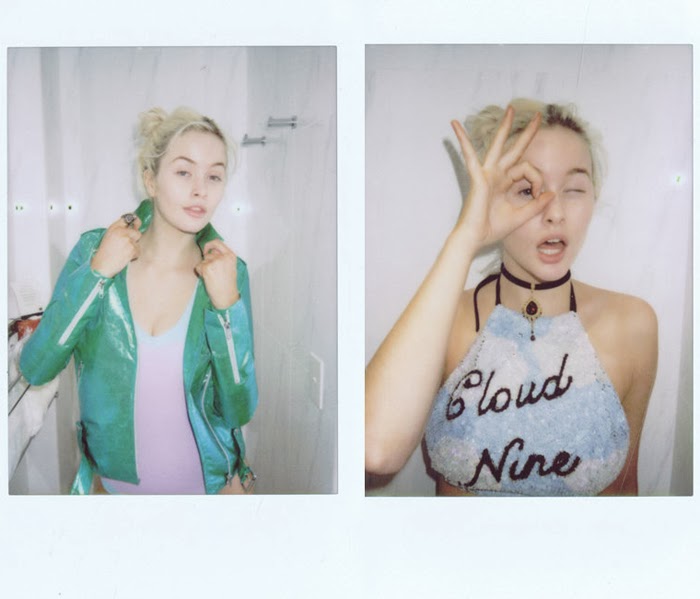 “Simone Holtznagel is one interesting gal. She started out on Australia’s Next Top Model, she narrowly missed out on playing Anna Nicole Smith in that one biopic, plus she’s really good at Twitter. We caught up with her recently for an impromptu polaroid shoot, featuring Di$count, Bitching & Junk Food, Kato, Georgia Alice and Happy Socks”.
Where did you grow up?
In Wollongong…No judgement.
When was the last time you cried laughing?
Last week when my best friend Madge and I were in Sax Fetish, the shop on Oxford Street, looking for Pretty Woman boots for Halloween and there was a butt plug with a horse tail attached.
Can you tell us about auditioning for the Anna Nicole Smith movie?
It was sad because I got so into the role of playing her and had my heart set on it then I didn’t get it. I still remember most of my lines. It was my first massive audition and I was one of the only gals in Oz they wanted to see, so that was nice to know. I know it would have been a long shot for little old me to get it. But yeah 🙁
What did you have to do to prepare?
I took a heap of prescription drugs. Kidding! I just watched lots of old interviews in my best double denim combo and talked with a Texan accent for a week.
If you had to start a band with 5 people, dead or alive, who would you pick?
Steven Tyler, Lana Del Ray, Lorde, Harry Styles and my bestie Madge.
What did you want to be when you grew up?
A cat or a nudist.
What’s the weirdest un-filmed moment that happened in the ANTM house in 2011?
It was probably when we saw 5 hot dudes on our private beach, and we went and hung out with them for the afternoon. After being stuck in the house with just girls, it was a welcome distraction!
If you had unlimited resources to throw a party, what would it look like?
It would look like a scene out of Great Gatsby meets Project X.
What’s the most inspiring book you’ve ever read?
Danny the Champion of the World by Roald Dahl — sounds weird because it’s about stealing pheasants, but it reminds me of my childhood and I just love it SO much. Either that, or 50 Shades of Grey.
Photos/Fashion: Sarah-Jane Rugg
source: Oystermag.com